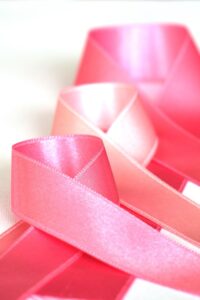 Yesterday the Pink Marathon was held, organized by the Physical Education Center No. 22 of Paso de Los Libres, within the framework of awareness month on breast cancer prevention, with a wide call that brought together women and men of different ages, and to which the Police Station for Women and Minors, recently inaugurated, also accompanied.

The proposal consisted of a walk and a gymnastics marathon, under the slogan “Early detection makes a difference”, which was suspended last Saturday due to inclement weather and was able to take place yesterday.

According to WHO statistics, 85 percent of tumors can be detected employing an annual mammogram, and between 90 and 95 percent of cases have a good prognosis with early diagnosis, therefore, it is insisted that “early detection makes a difference”.

The concentration for the walk was in the CEF 22 building and the tour included Belgrano, Madariaga, Los 108, Colón, and again Belgrano streets, ending at the starting point. Next, the teachers of the center offered an aero box, functional, aerobic, and salsa marathon.

This initiative is added to the different activities that were developed in the province, in adherence to the awareness campaign of a disease that with its early and timely diagnosis can be defeated. The accompaniment and participation of the whole society also make a difference.…